On the Occasion of WORLD HEALTH DAY, Team AYUDH Mangaluru, with the leadership of Bri. Mangalamrta Chaitanya, conducted Adventure Retreat to Kumara Parvatha on 07-08 April 2018, as a part of the expedition of Amrita Samskrithi in familiarizing the youth with places of significance (Culture and Heritage). AMRITA Samskrithi is the cultural wing of Mata Amritanandamayi Math, Mangaluru.

Kukke Subrahmanya temple is one among the seven holy places created by Parasurama. This is also called as Gupta Kshetra. The central deity of this temple is also praised as ‘Annadana Subbappa’ meaning the Lord who loves serving poor to the nearby.
The devotees also perform certain rituals called “Sarpasamskara”, “Naga Prathiste”, "Ashlesha Bali" at this temple to get rid of Sarpa Dosha or the curse of serpents which is said to result in inf

Kumara Parvatha also called Pushpagiri, is one of the exciting trek locations in Karnataka. History says the divine marriage of Lord Subrahmanya and Devasena (daughter of Lord Indra) took place on Margashira shudha Shashti at Kumara Parvatha, and coronation ceremony of Shanmukha, for which waters of several holy rivers were brought from heavens. These waters of Mahabhisheka flowed down to form a river which was later known by the popular name Kumaradhara.

The energetic team started the journey at 2 P.M on 07th April from MAM Mangalore. The bus journey was filled with melodious bhajans, entertaining games, and interactions. The closer we moved towards Subrahmanya, the topography changed from the roadside buildings to greenscapes to the lush green forest. The bus reached Subrahmanya at about 5 p.m where the stay was arranged at Kumaraswamy Vidyalaya, close to the temple.

Before visiting the temple the team was all set for Seva. A session of cleaning, under the banner of Amala Bharata Clean India Campaign, (initiated by Amma in May 2011 at Mangalore) was inaugurated and held near the temple around the Subrahmanya bus stand and Kumaradhara River. Within an hour a considerable amount of plastic was collected and sent for treatment.

Late evening, the team visited the temple for a beautiful Darshan and received Annadana Prasada. After capturing the Divinity at the temple, the team proceeded with Campfire at the school premises, enjoying the serenity, followed by games and entertainment.

At 6 A.M on 08th April after the homely breakfast, the team embarked on the adventure Trek. We began the trekking, forming 6 teams from the base of the hills through the lush green woods. The forest was filled with a wide variety of birds. The teams moved forward listening to the different songs of birds, the chirping of crickets and sometimes the soft brushing sounds the cold wind made with the trees. The 2-kilometer long trek through the unpaved path led us to the spot of bhimanakallu. We moved further uphill towards battaramane where Lunch was arranged. The team used this opportunity, as well, for some seva. An ABC program on the go. We collected all the plastic covers of snacks, disposed water bottles, and other plastic waste and brought it down to girigadde, where it was disposed in a hygienic way. After having lunch at battaramane the team proceeded all the way downhill to the bottom most point where the bus awaited to take us back!!

It is so true to say that being with nature is a meditation in itself, an Adventure Retreat!!! With the nature trail, the group experienced the oneness with nature. Satsang and bhajans brought in lightness to everyone’s minds. The temples, sculptures, the mythological legends and stories behind the place, the heritage is a real eye-opener for the rich tradition we are born into. It is quite significant for each one of us to have some knowledge about it. This Adventure Retreat to KumaraParvatha has served each and every one of us in a befitting manner.

Nevertheless, this wonderful event was enriched with the wholehearted support and warmth of Amma’s children of AMRITA Kutumba, Subrahmanya. 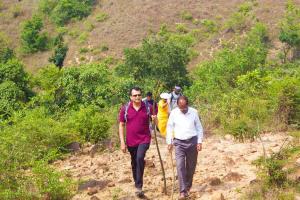 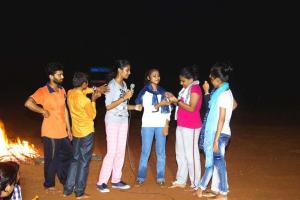 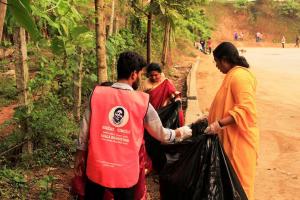 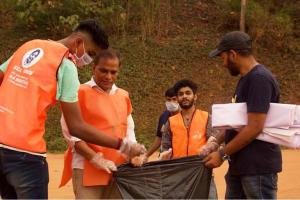 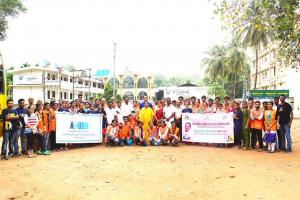 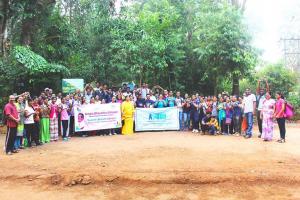 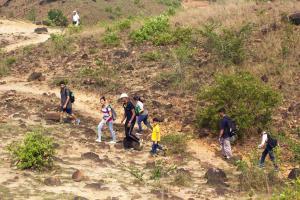 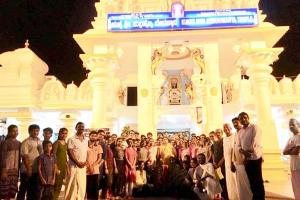 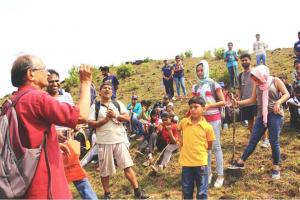 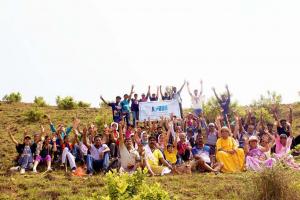 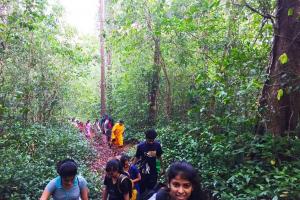 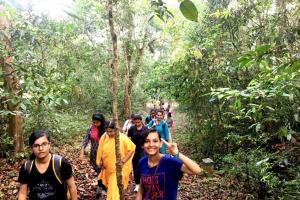 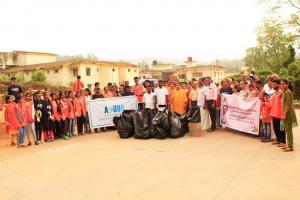